There are hundreds of reasons that lead to people taking up running. Some heartfelt, some simply inspirational. Alongside Adidas, we explored four remarkable stories.

Every year thousands of people take up running under Adidas’ ‘WHY I RUN’ programme. As part of a campaign to build increased awareness, affinity and sign up’s we worked alongside Adidas to create a series of social films that focused on individual stories exploring what drives people to take up running.

The series was delivered across four episodes alongside supporting assets in addition to being delivered in 360 video.

The campaign was delivered in multiple formats, optimized & tested for each individual social channel.

The campaign was distributed across Adidas Europe running channels alongside the influencers own social accounts.

The campaign generated significant positive sentiment and engagement from the running community. The campaign used the power of storytelling to encourage individuals to explore and take up running. 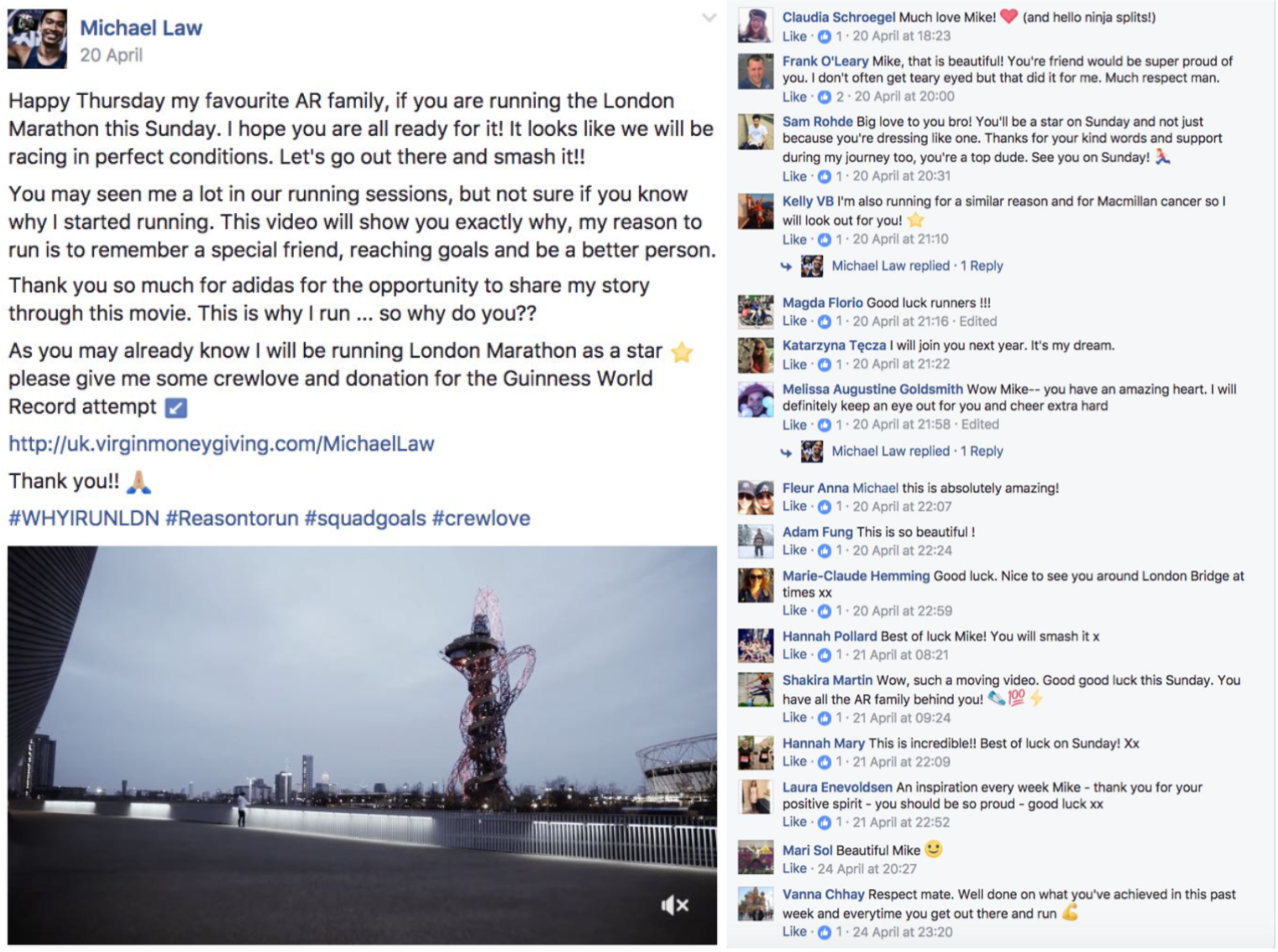 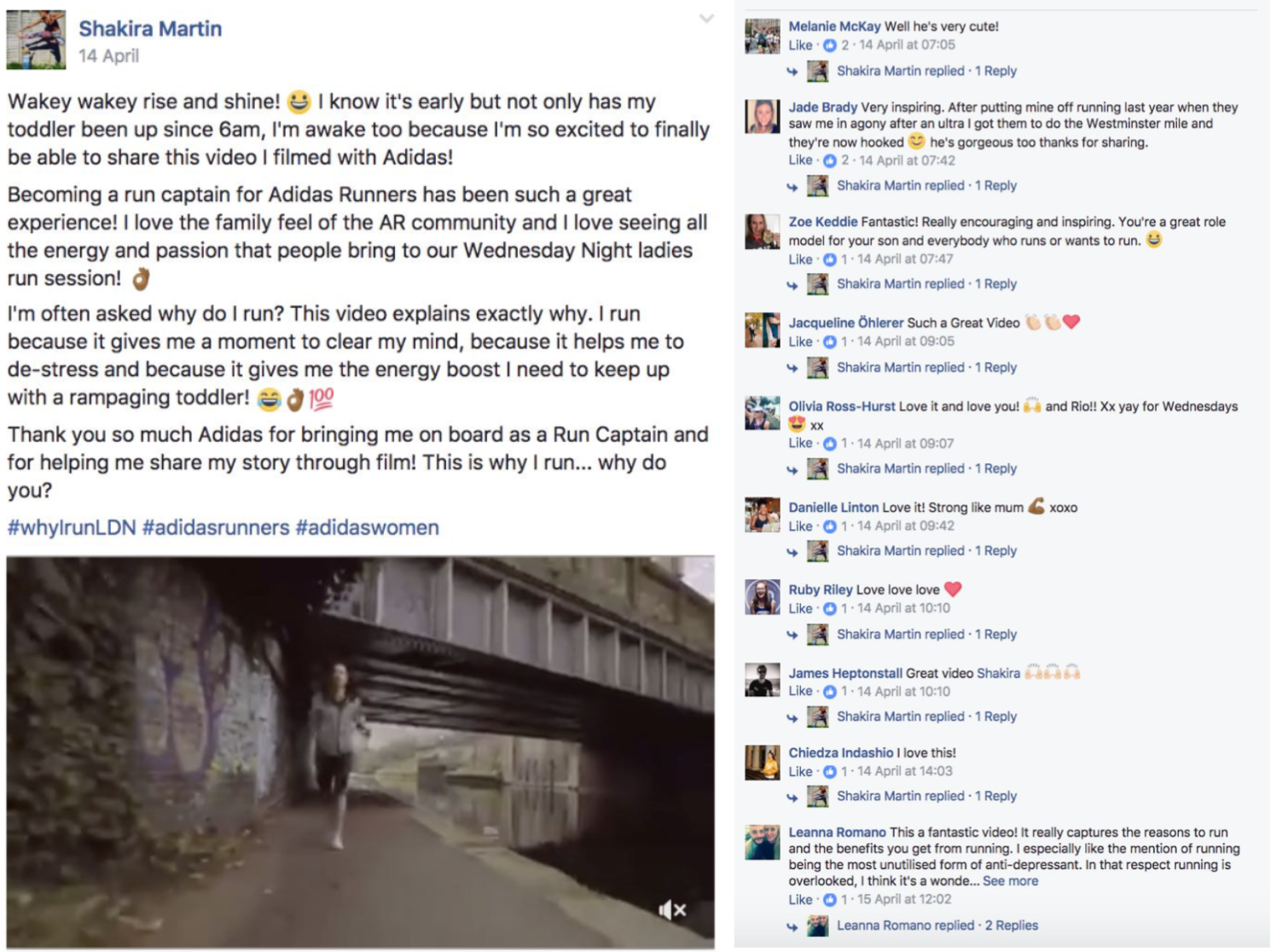 We’d love to hear from you. You can reach us anytime here.